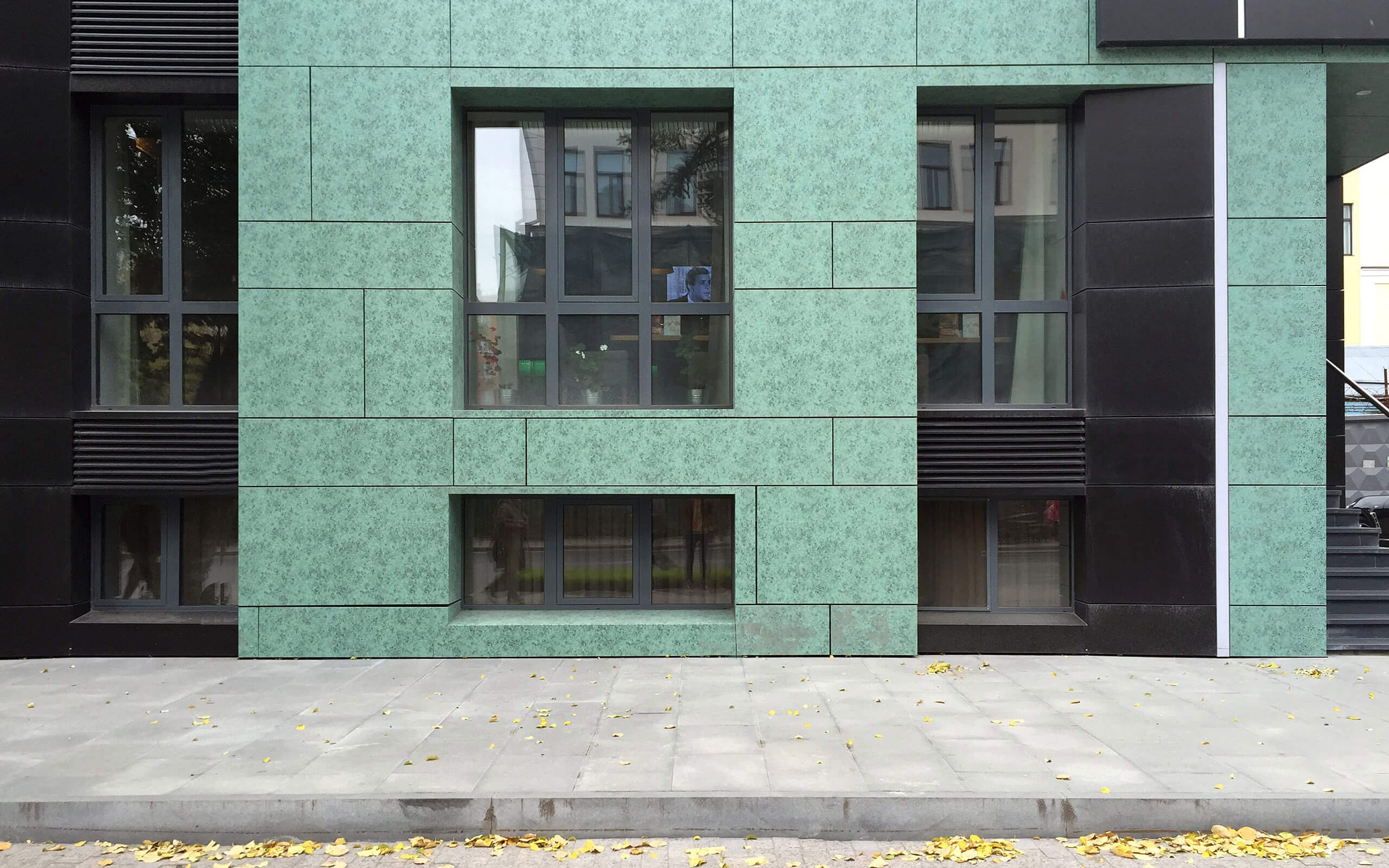 The Sibstroyservice office building dates from the 60s of 20th century, it is located in the historical part of Tyumen city, surrounded by architectural monuments of the late 19th century. The building is a five-storey brick building and three floors of it are occupied by the office of Sibstroyservice LLC. The left-over higher levels are residential with a yard entrance. 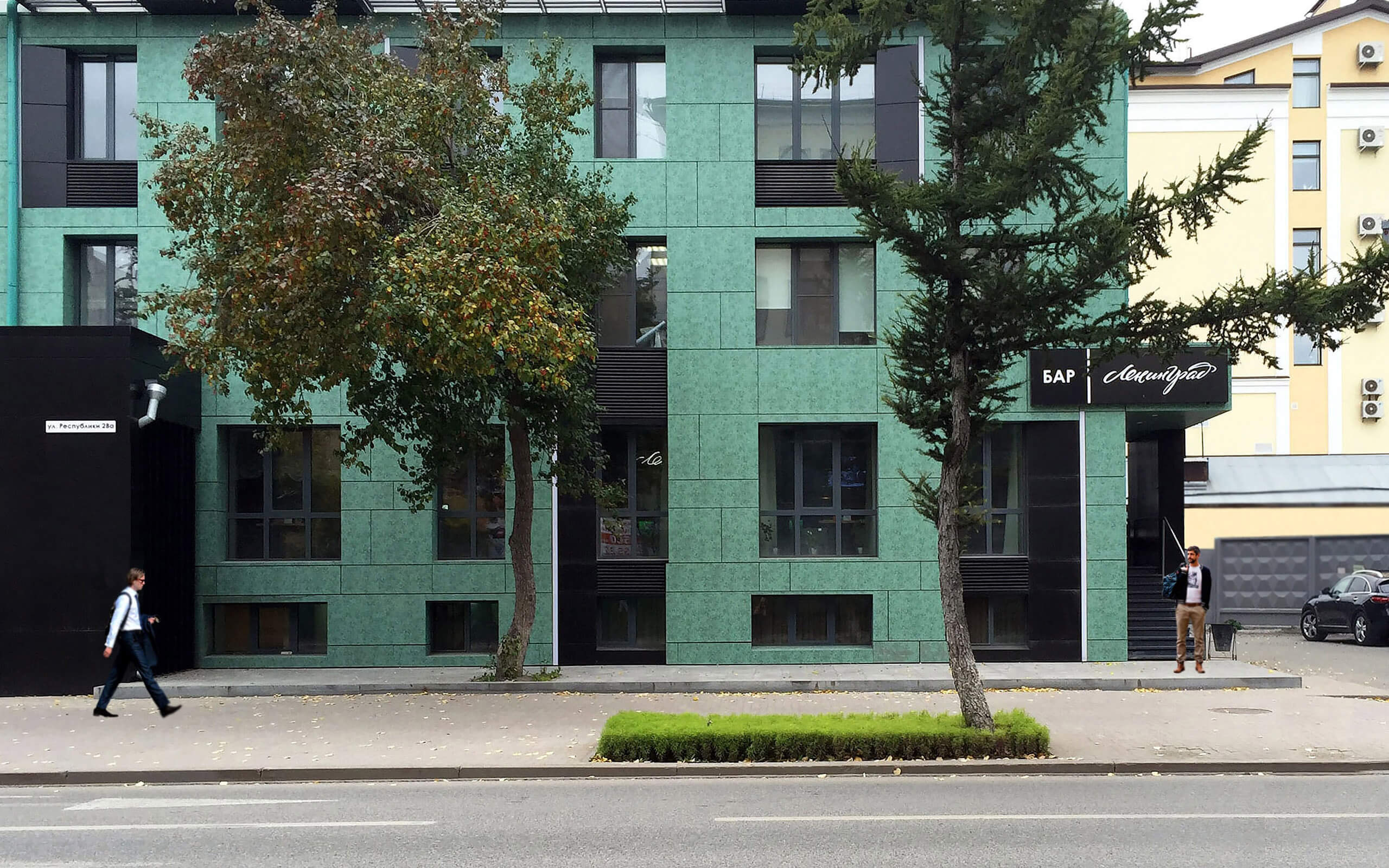 Inserts of black metal, metal slats and vertical lines of diode backlight. That is a built-in facade creating a dynamic visual line that is corresponding to the spirit of modernity. 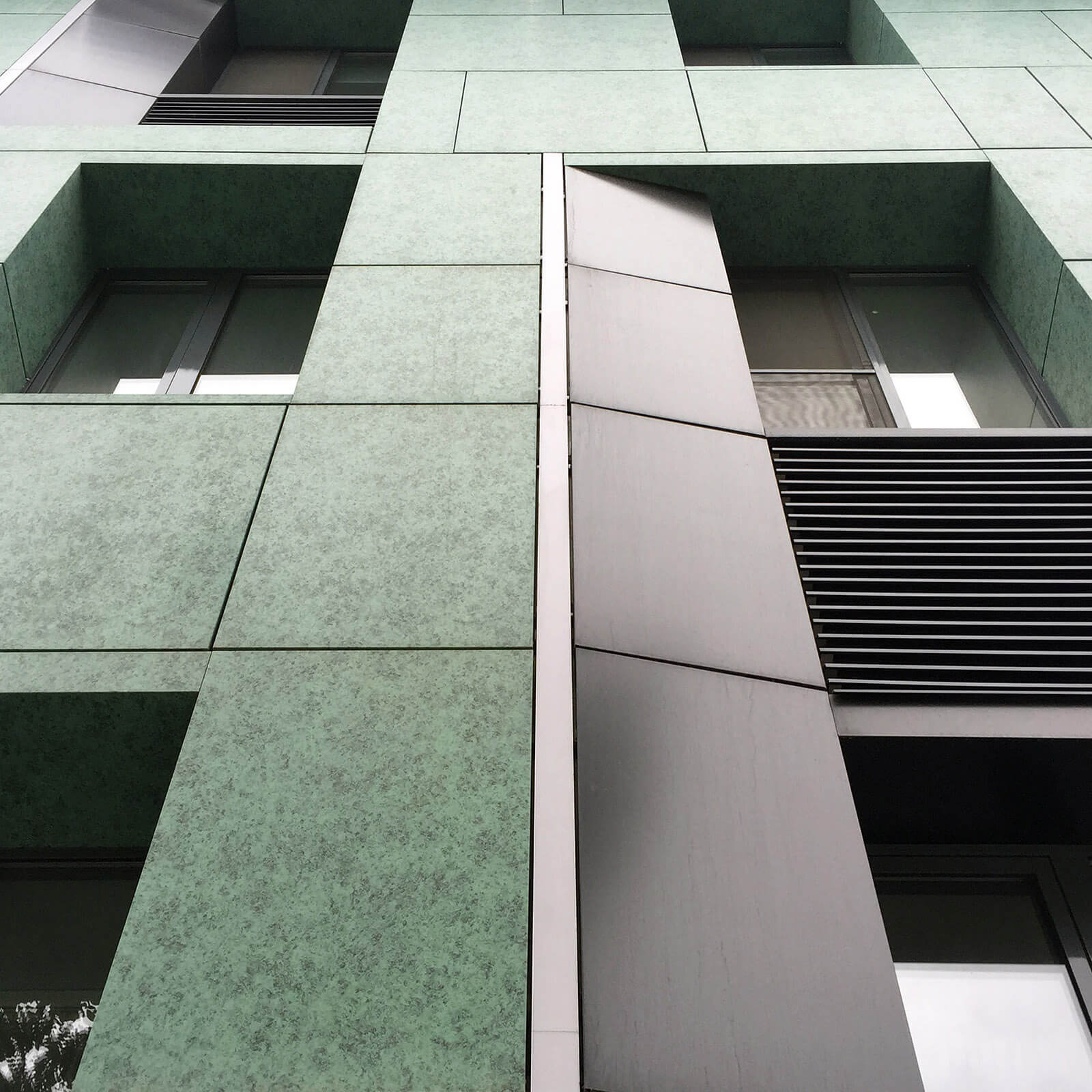 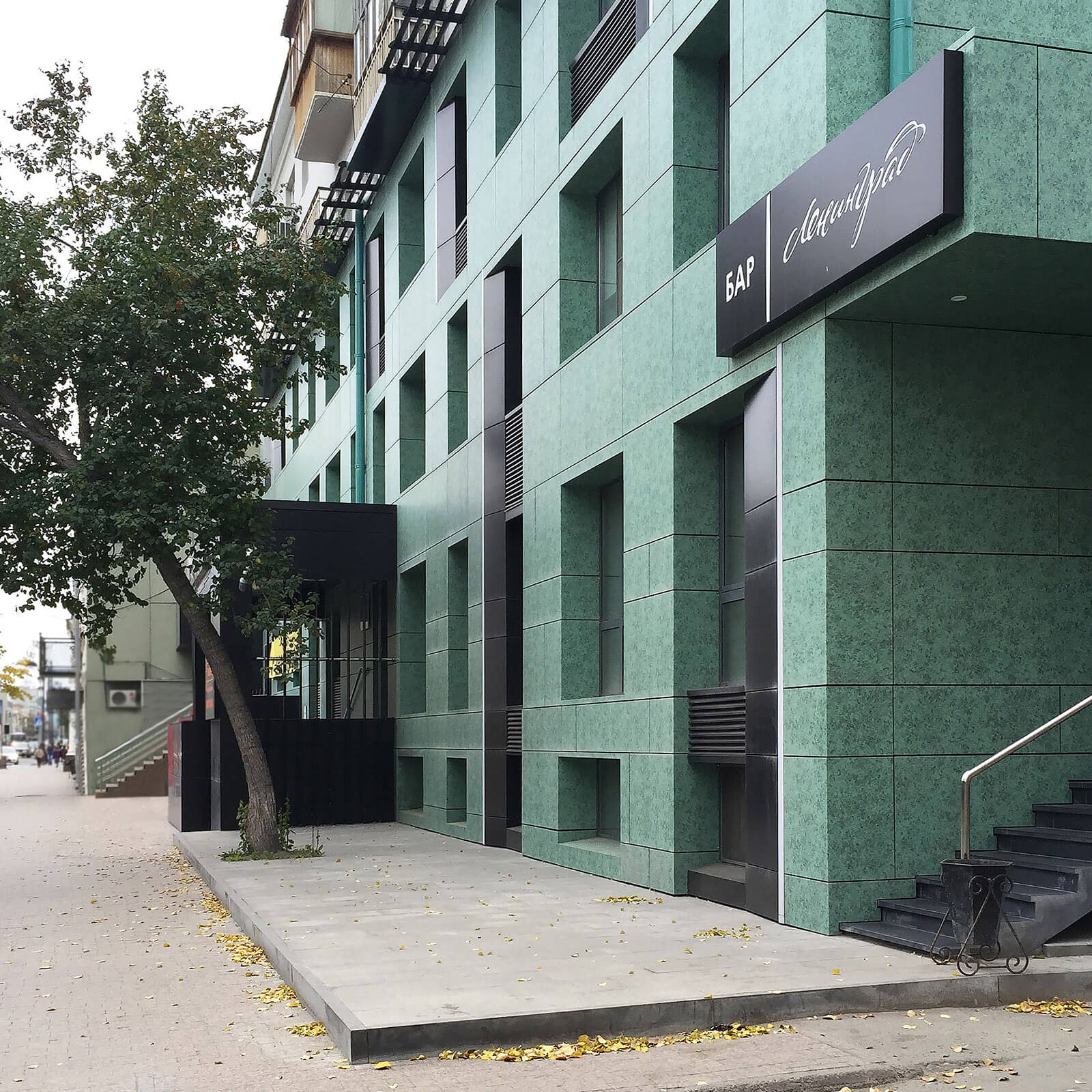 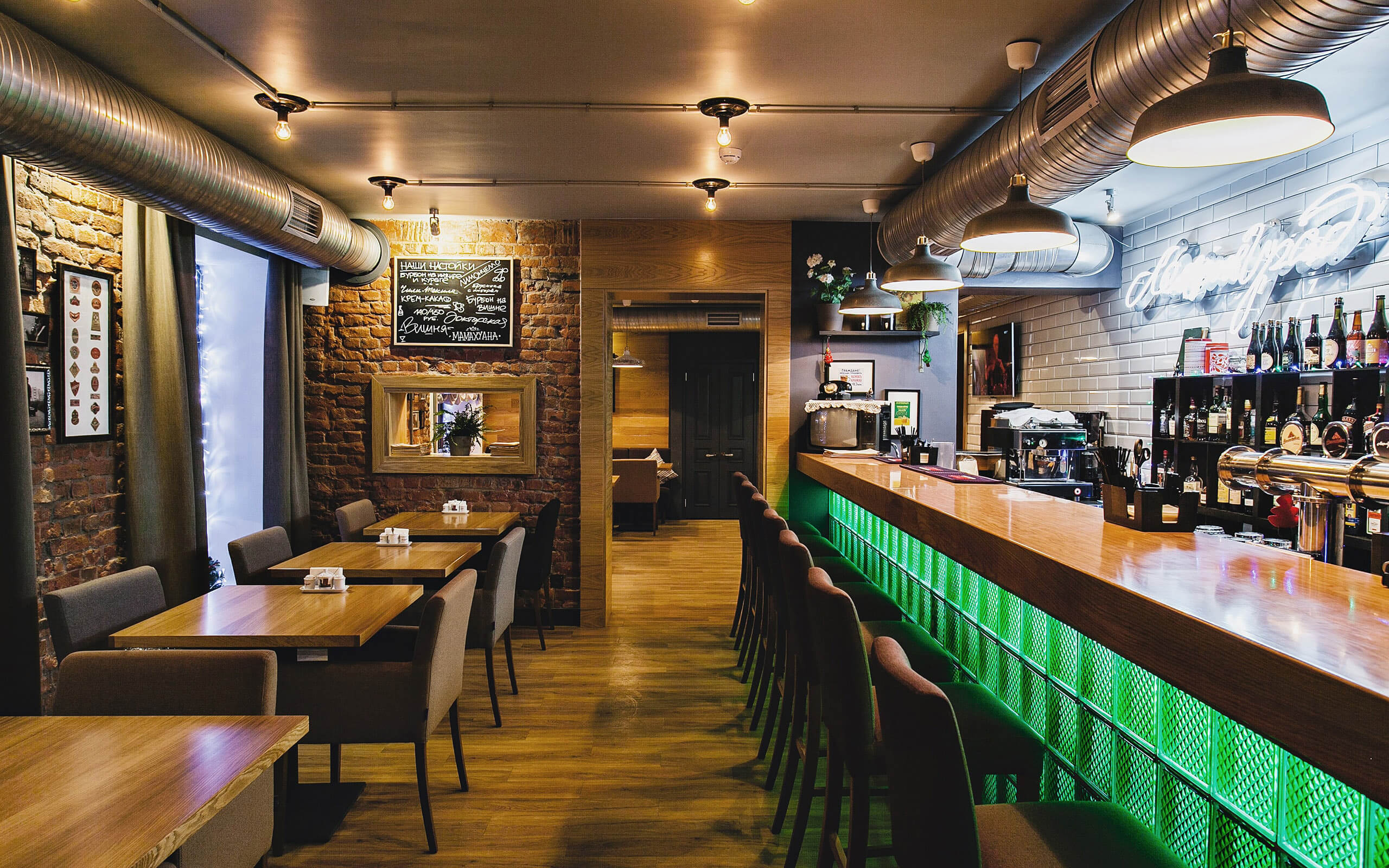 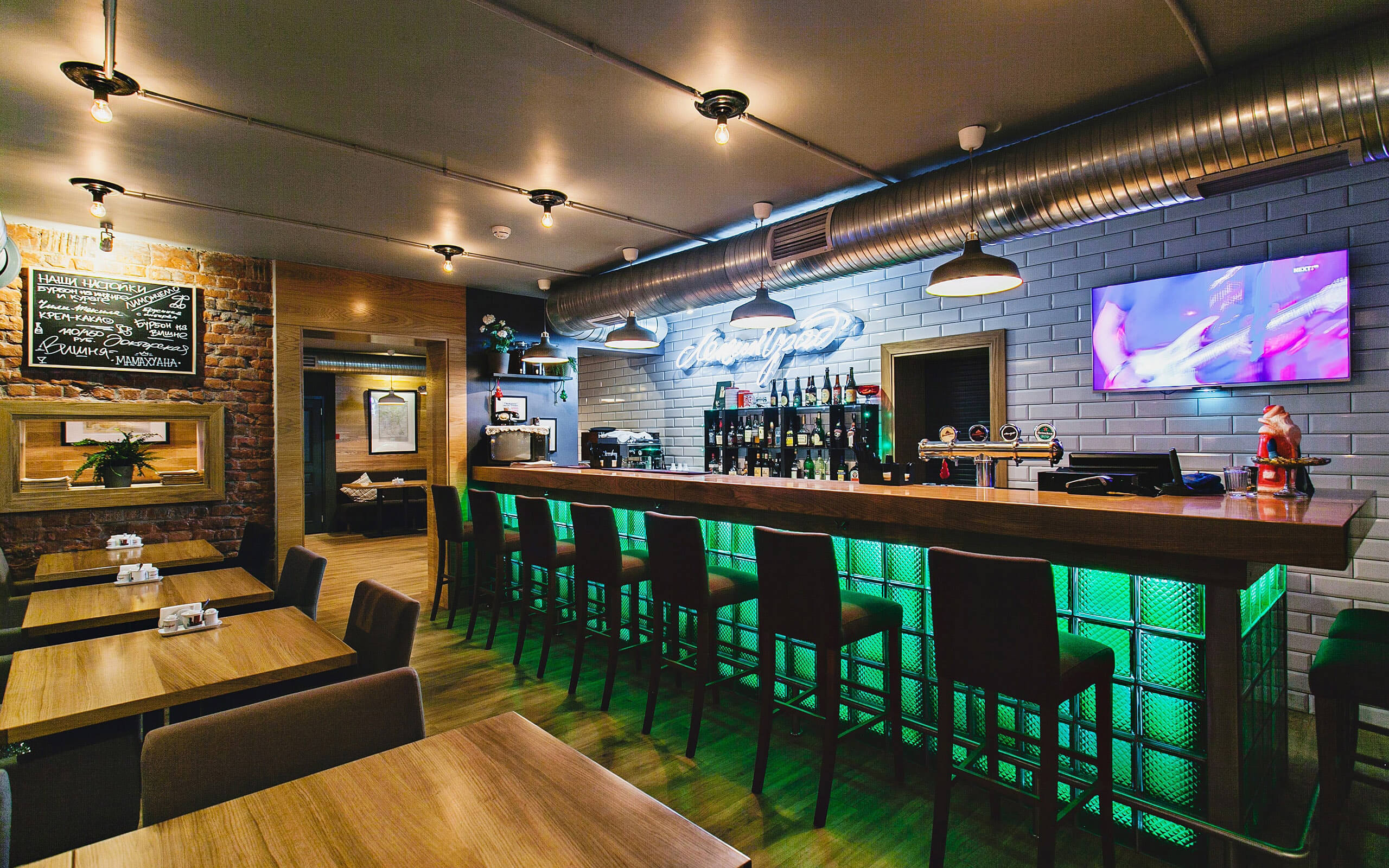 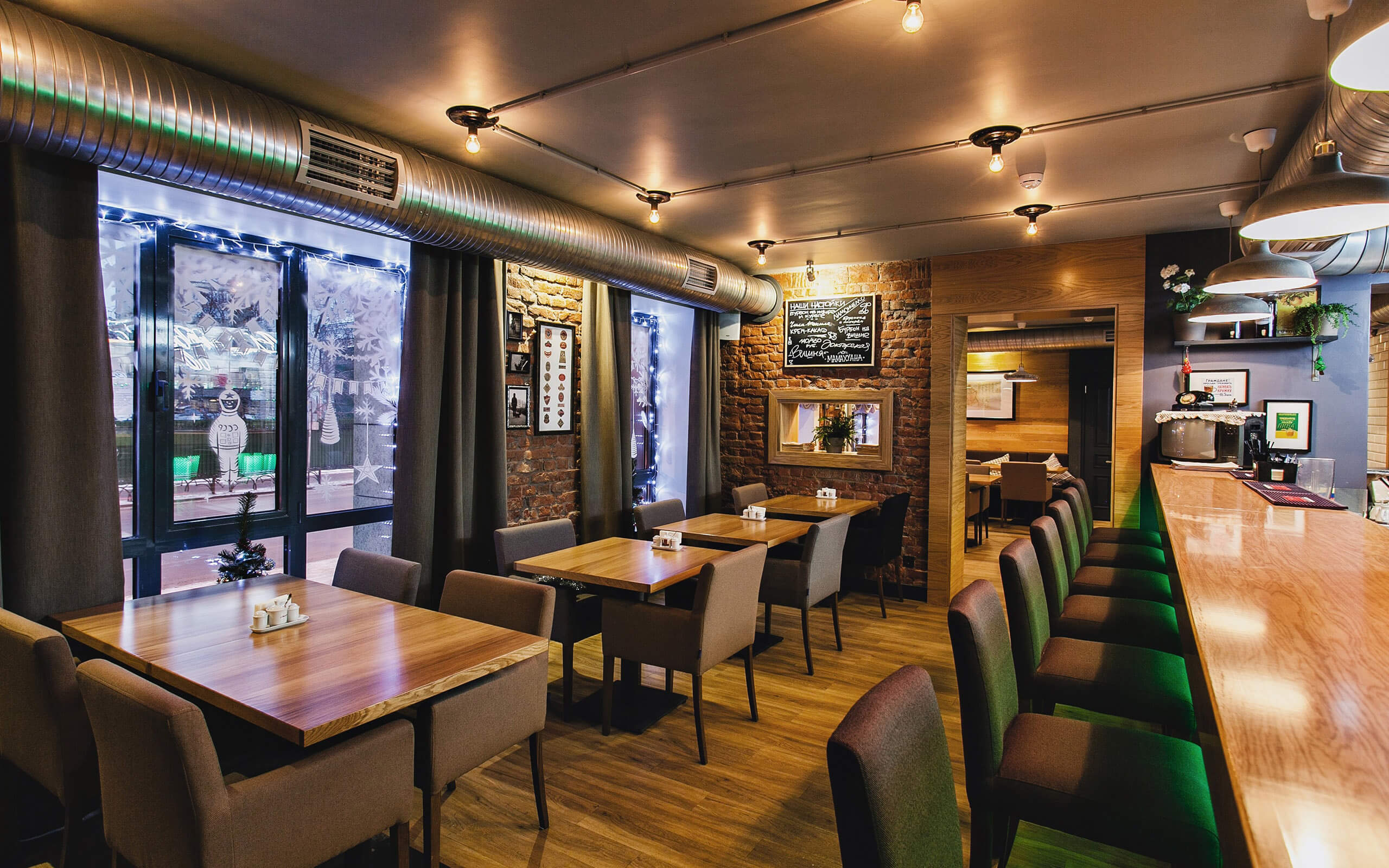 Also, there is a Leningrad bar is an iconic place with a Soviet spirit but in a modern interpretation. The bar room was completely renovated and recreated, together with the YY design bureau [RU].

The interior decorated with long bar counter made of glass bricks, walls covered with Soviet tiles and exposed bricks. Those elements perfectly combine with a high-tech content of the bar. 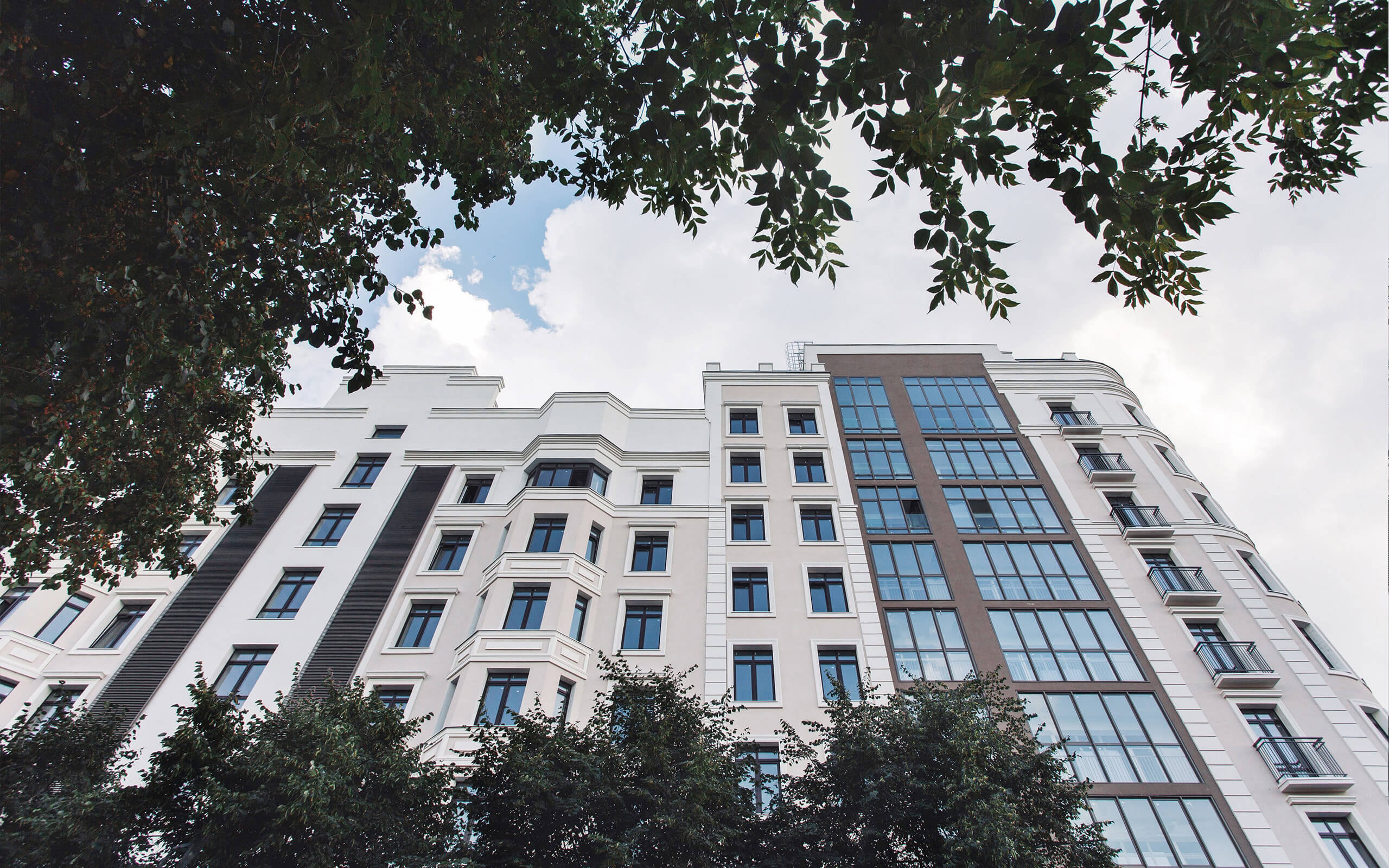